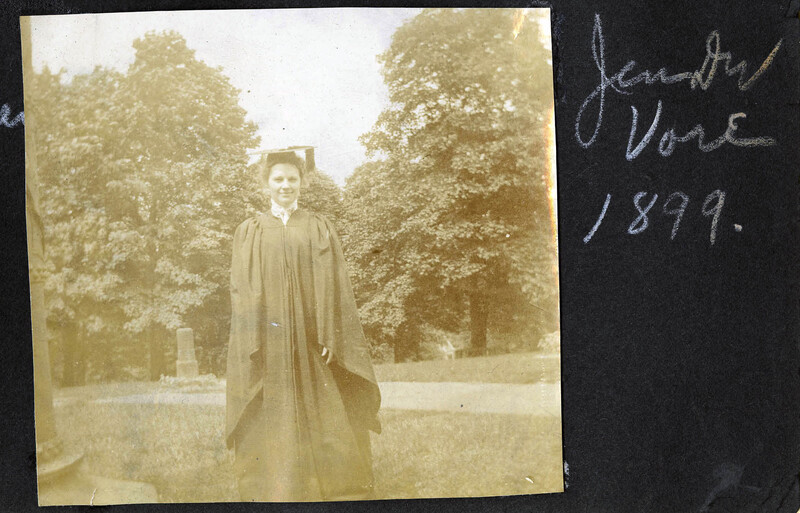 Member of the graduating class of 1899, "Jennie" DeVore selected the Pennsylvania College for Women due, in part, to the influence of her aunt and namesake, Rebecca Jennie DeVore, the school president at the time.  Following graduation, Jane DeVore `99 pursued a career in teaching and eventually led the teaching programs at the Crafton Preparatory School, just outside downtown Pittsburgh. 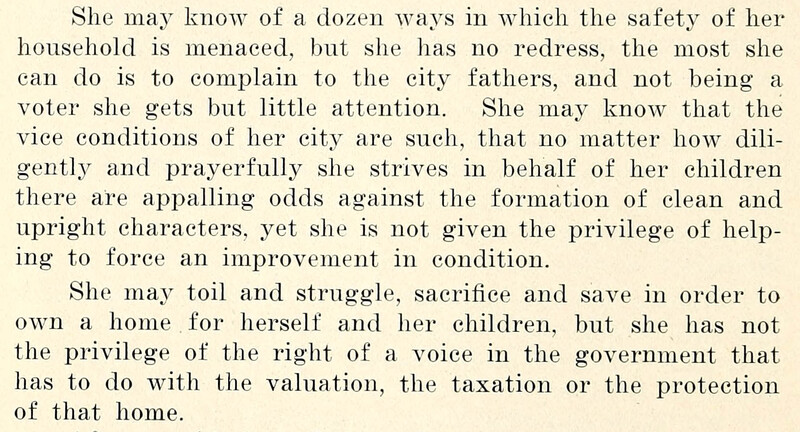 In an article in the June 1913 Alumnae Recorder, Jane contributed an article discussing women’s suffrage in terms of women’s rights and women’s privileges (see full article here).  In it, she examines use of the term “Women’s Suffrage” to encompass all rights belonging to women and asserts that suffrage is just one of many rights belonging to women. She contends that because women lack the privilege of voting, they cannot successfully care for her family, an activity she considered to be woman's "highest right."

presiding over meeting on suffrage 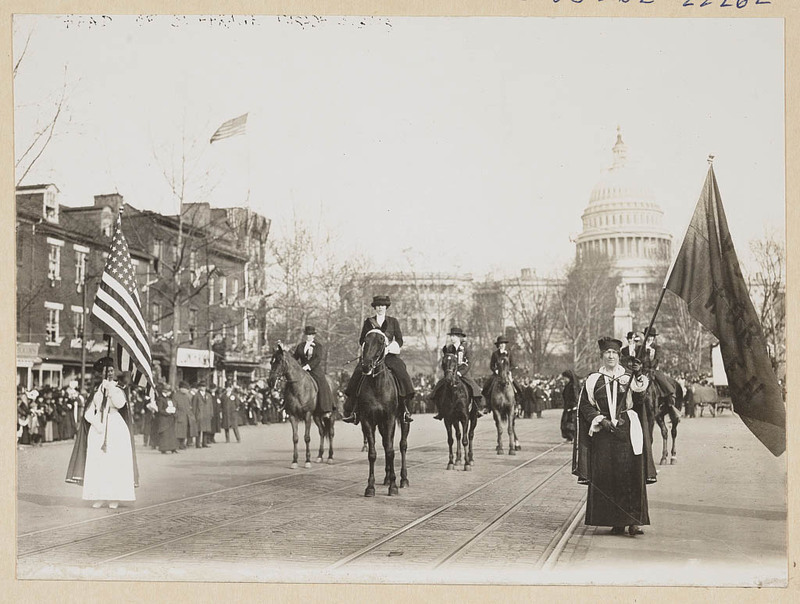 attended by Jane DeVore in 1913

Throughout 1914, as the state of Pennsylvania debated a referendum on women’s suffrage, "Jennie" Devore Porter presented speeches across the region.  Newspaper articles mention speeches she presented to the Women’s Club of Edgewood, the Women’s Literary Club of Bellevue, and to groups assembled in private homes.  Additionally, she arranged for leaders in the local suffrage movement to present their thoughts at meetings held at the Crafton Preparatory School.

Looking back on her suffrage efforts at the age of 86, she recalled being warned by men that the effort to obtain for women the right to vote was a losing cause.  She also relayed in a 1986 interview that she had traveled to Washington, D.C. in 1913 to see the women's suffrage parade.

In addition to continuing her work as a teacher, Jane DeVore Porter did welfare work in Cleveland and Detroit before providing hospice care for her namesake, former college president R. Jennie DeVore.